Ever since B.F. Skinner coined the term ‘positive reinforcement’ in 1937 as a result of his experiments investigating the effects of operant conditioning, psychologists, parents and teachers have grappled with how best to incorporate this knowledge into their lives and the lives of the people around them. This concept affects the way we interact with our employees, raise our children and educate the next generation and is a tool that can be used to shape all kinds of relationships on every level.

In this week’s Parsha, as Yaakov grows old and Yosef recognizes that his time together with his father in this world is coming to a close, he asks his father to bless his children, Ephraim and Menashe, before he passes away. Yosef brings his children into his ageing father and positions them in from of him as he naturally would, with Menashe the oldest to Yaakov’s right and Ephraim to his father’s left. Then, in a strange turn of events, instead of Yaakov placing his right hand on the head of the older Menashe and his left hand on the head of the younger Ephraim, he switches his hands and places his left hand on the head of Menashe and his right hand on the head of Ephraim. What was Yaakov doing at this moment? What was he hoping to accomplish with this manoeuvre and is there a message here for us?

Who were Ephraim and Menashe, the sons of Yosef? While born to Yosef in Egypt, Ephraim and Menashe nevertheless made it into the ranks of the Twelve Tribes who were born in the Land of Israel and who were a generation older. But, in addition to being the sons of Yosef, Ephraim and Menashe also represent two archetypes, two timeless personalities that exist in every person and will continue to exist until the end of time. In Hebrew Menashe means to forget, or more literally, to dislocate. When one forgets, either deliberately or incidentally, they essentially dislocate that memory to the subconscious.

Human beings often forget who they are. Not superficially but on a much deeper level, like the addict who conveniently forgets his resolution and returns to his vice. A sense of forgetting their real purpose, their essence and their core values. Too often, humans forget who they really are and what they are in this world to accomplish and get caught up in the rat race and bright lights of this world instead. Subconsciously, they dissociate with that what is right and what us good and forget their potential.

Whereas Ephraim is the opposite. Ephraim means fruitful and abundance, to multiply and to grow. Ephraim refers to all the goodness and positivity that is in the world. All the progress, the successes and the battles won. The values that are fought for and everything that is done right, everything that is good in this world.

In a sense, we all have both of these elements inside us. One aspect may be more accentuated or distinctive than the other but to be human is to have the elements of both Ephraim and Menashe. The question we need to ask ourselves is which one comes first? Which one do we focus on and which one drives us at the critical moments in our lives? Naturally, the default is Menashe. While everything can be going well, human beings are fixated by the one thing that is not. We tend to focus on the negative even in the face of an abundance of positivity, and this is precisely the message that Yaakov was sending to Yosef at this significant moment. Yaakov was teaching Yosef a fundamental lesson that the Jewish people would take with them through millennia of exile and struggle and that is that Ephraim must come first. We must always turn our attention to the good that is inside every one of us, the good that’s inside our children, our students and our employees.

We are not denying that there is a Menashe which may also be necessary to raising healthy children and successful adults but which comes first and what is focused on? It is all too easy to focus on the failures even when there is so much success and goodness around us and within us. Yaakov is telling Yosef and the Jewish people us we need to switch hands and switch modes and even if it does not come naturally, we need to focus on the positive. The human brain might not instinctively go there but the emphasis needs to be on Ephraim. Ephraim comes first.

Fascinatingly, Yosef disagrees. Yosef was constantly striving for greatness, to such an extent that he could not tolerate imperfection which is why he puts Menashe first. However, the timeless message of this Parsha that Yaakov is conveying is that if you want to understand Jewish history and affect the Jewish future Ephraim must always be put before Menashe 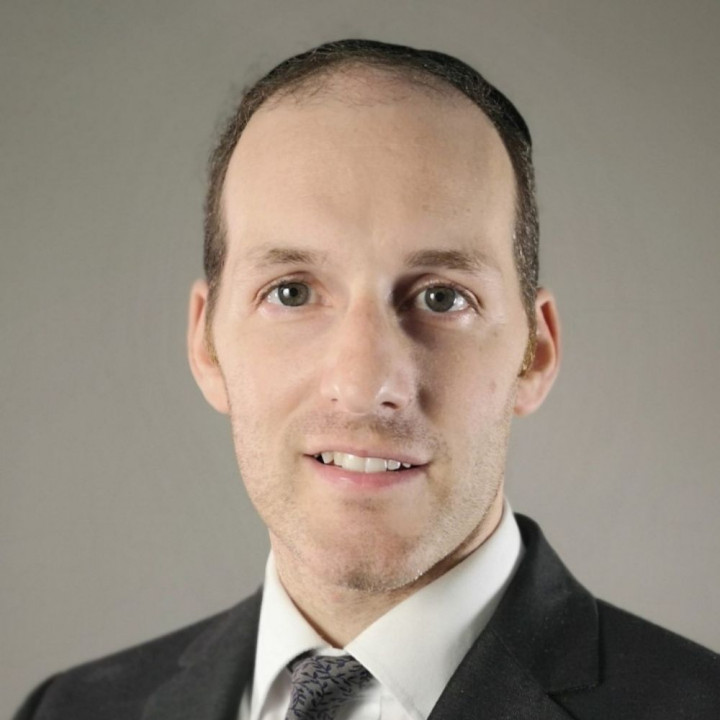