In the year 1991, the Ponevezh Yeshiva in Bnei Brak had grown so large that it was impossible to hold their bulging numbers. It was recommended that the women’s section be split in order to open up more seats for the men on Rosh Hashanah and Yom Kippur.

When this suggestion was brought to the Yeshiva head, Rabbi Elazar Menachem Man Shach (1899-2001), he said the following: “Let us carefully consider who the individuals are who are praying with us. The women’s section is made up of many women who each come with very special prayers; they pour their hearts out with supplication to merit blessing from the Almighty. Their prayers emanate from a deep place and they are saturated in tears.”

Rabbi Shach continued, “Their prayers, perhaps more than ours, have the strength to break through even the locked gates of heaven. Therefore, we must understand that our entire Yeshiva rests on the prayers of women. How can we possibly allow even one less woman to attend?” Rabbi Shach did not allow the women’s section to be diminished by even a single chair.

But it was not Rabbi Shach who discovered the potent power of women’s prayers, specifically in the context of the High Holy Days. The very fibre of the Rosh Hashanah service is built on the prayers of women.

We know that there are three unique blasts made by the shofar- a Tekiya (long uninterrupted sound), Shevarim (three medium blasts) and the Teruah (the broken-up sound). If the Torah only mentions the Teruah sounds, where are these sounds derived from?

In biblical times, when the Jewish nation was living in the Land of Israel, they had a wise and fearless leader named Deborah the Prophetess. Together with her husband and the Army of Israel, she went to battle against the ruthless General, Sisera, commander of the Canaanite army of King Jabin of Hazor, known for his brutality and success on the battlefield.

Through the bravery of the Jewish army and courage of a woman named Yael, who single-handedly killed Sisera, the Jews defeated their enemy. Yael brought Sisera into her tent and after feeding him wine and cheese she spears him with a tent peg and murders him.

The Book of Judges describes the mother of Sisera as she waits for her warrior son to return from battle. She sits at the window with her maidens, confident that her son will be returning victorious. As she waits and he doesn’t return she begins to worry, wondering why he uncharacteristically delayed.

Sisera’s mother lets out a unique sound of angst at her son’s failed return. The word used to describe her pain does not appear elsewhere in the Torah and its audible sound and meaning is debated. The Talmud (Rosh Hashanah 33b) says that this is the sound of the shofar. It is from here that the Talmud derives the precise sounds of the shofar blasts.

Why would it be that the mother of a wicked man is the model for such a fundamental part of our Rosh Hashanah experience? Surely there are many other people who wail and cry out to God throughout the Torah that could be used as a better model?

One suggestion is that Sisera’s mother had an uncanny confidence in her son’s return. Perhaps that is meant to be our mentality as we stand and hear the shofar. We are meant to feel certain that God will grant us a sweet year.

Rabbi Soloveitchik suggests quite the opposite, “Yet, although overtly anticipating her son's triumphant return, in a deep recess of her heart Sisera's mother tragically sensed that this time he was in fact never coming home again.” Upon hearing the piercing tones of the shofar, we must awaken from spiritual complacency, we must witness our own illusions being relentlessly shattered.

These opposing views describe the dichotomy of our Rosh Hashanah experience. Our emotions fluctuate between confidence and total uncertainty. We pray, we sing, we eat apples and honey, and through it all we feel both a deep sense of surety that we are going to have a sweet year, and a fear that we have totally missed the mark.

But there is a deeper reason behind why Sisera’s mother is the model of the shofar blasts. This can be seen by the fact that she is not the only woman around whom the Rosh Hashanah service is constructed.

On each day of Rosh Hashanah we read a Haftorah, a piece of text from the Prophets. These texts were chosen because it was felt that they encapsulate the themes of the day and put us in the right mind-set for the Rosh Hashanah experience.

On the first day, we read about Chana, who lives not long after the story of Sisera transpired. Chana is barren and heartbroken; she goes up to the city of Shiloh, the resting place of the tabernacle, and prays to have a child. The Talmud learns many of the practical laws of prayer from the verses that describe how Chana prays. God answers Chana and her son, Samuel, later becomes a prophet and the leader of the Jewish people.

On the second day, we read about another Jewish woman, our foremother Rachel. Rachel, who was buried in Bethlehem, on the road leading out of Jerusalem. The prophet Jeremiah describes that many years later, during the destruction of the First Temple, the Jews would be led out of Jerusalem into exile in chains. As her descendants would pass by her grave, Rachel up in heaven would beseech God to have mercy on her children. Unlike any of the other forefathers and foremothers, Rachel refuses to be comforted, demanding that God returns the people from exile. In response, God tells her, “there is merit to your actions, the Jews will once again return to their borders” (Jeremiah 31:17). Like Sisera’s mother and Chana, Rachel is a woman who lets out a wail of agony and demands that her children are spared.

Closing this loop, it is noteworthy that the success of the Jewish nation in the story of Sisera and his mother was at the hands of two heroic women: Yael and Deborah.

This year, as we all try to work out how we will be praying on Rosh Hashanah in a safe and responsible way, ensuring social distancing, we know that our shuls have less space, and many people are afraid.

But I know that we have a network of Jewish women around the globe who are going to be praying on Rosh Hashanah as they always have. When I imagine our sorority of Jewish sisters praying wherever that may be: at home, at shul, in parks or anywhere else, it makes me realise that, more than anything, we are an interconnected, spiritual community of people bound by our prayers and the cry of the shofar. 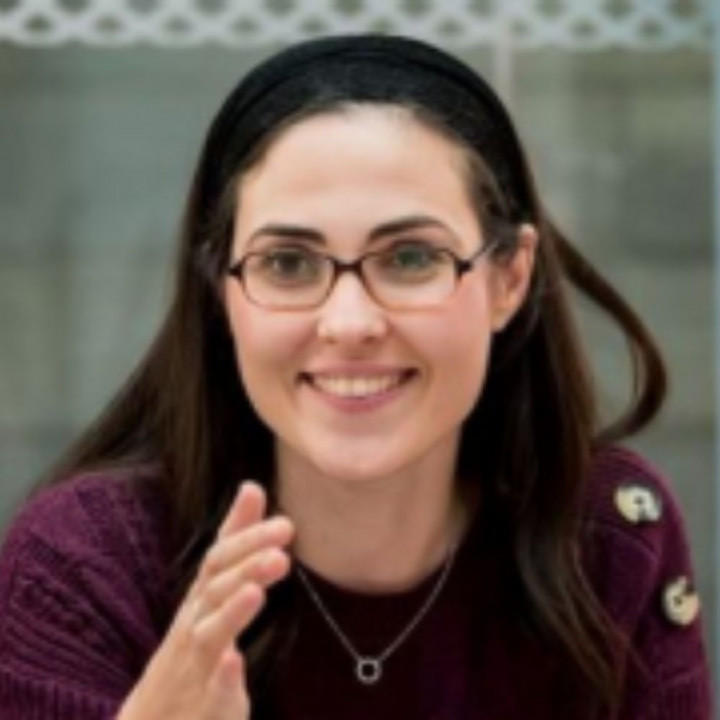 Rebbetzin Shalvie Friedman Shalvie grew up in Johannesburg, South Africa and received her BSc in Maths and Finance from the University of South Africa. She studied Jewish thought and textual analysis at the Nishmat Seminary in Jerusalem. Shalvie has taught in high schools in Johannesburg, as well as at many seminaries in Israel, both for newly observant students as well as those with religious backgrounds.  She also ran a youth group for English-speaking teens in Ramat Beit Shemesh. She currently teaches Jewish Studies at Hasmonean Girls High School as well as teaching for various parts of the Aish family and raising her own family.

Why do we BEAT our CHEST on Yom Kippur?!

A Glimmer of Jewish Hope

What Day of the Week Is It?

PODCAST: Hurting Others on Social Media

Is Elijah just a big lie?

The Problem with Gender Stereotyping

Is 'Bageling' a Bad Thing?

Purim Dress Up! (and the masks we wear)

I'm Not Your Toy

Why do we BEAT our CHEST on Yom Kippur?!

A Glimmer of Jewish Hope

What Day of the Week Is It?

PODCAST: Hurting Others on Social Media

Is Elijah just a big lie?

The Problem with Gender Stereotyping

Is 'Bageling' a Bad Thing?

Purim Dress Up! (and the masks we wear)

I'm Not Your Toy

The Lost Tribes of Israel

The Lost Tribes of Israel