The foundations of a people and the birth of a nation are often cataclysmic events that shape world history. As we draw closer to an era defining election across  the pond, the hyperbolic headlines may seem justified considering what is at stake. Will it be four more years, or is America and the world in turn about to experience something different? As mankind edges towards the precipice of change, one would expect drama with pomp and ceremony describing the details of the antagonists’ rise to fame. Whilst the global media is doing a pretty good job of building up the backstory to the elections, the Torah seems to omit these critical historical footnotes that should pre-empt the introduction of arguably the most significant trail-blazer of human thought to grace the planet; Abraham. Unlike other characters of significance, Abraham is introduced to the reader with a simple divine imperative to “go to yourself” or - as Rashi re-frames it - “for yourself” without any explanation of what made Abraham the subject of this instruction in the first place. What is it about the very first Jew that demands a “no introductions necessary” approach?

There is a secret being communicated here that if understood correctly could provide the key to the inner-strength of champions. The verse (Song of Songs, 8:8) explains that there is a “yet undeveloped sister…if she will be like a wall then tower will be built to [reach] her…but if she is like a door” The Medrash explains that this is a reference to Abraham and the challenges he faced. Would he stand strong and firm, holding himself to his values and standing strong like a wall, or would he fold and sway like a door? If Abraham was to be the forefather of “God’s Nation” he must display super-human conviction and remain loyal no matter what. He did. He remained loyal to a world-view he knew to be true against a culture, a society and a world that was willing to kill to prove him wrong. He was threatened with torture and execution. He passed the test and became Abraham (his name was changed from ‘Abram’ to ‘Abraham’ to reflect his loyalty to God through the incorporation of God’s name into his). His commitment to what he knew was true, was rewarded with miraculous salvation from the fiery furnace. But where did he get that strength? How did he fight against the world? What experience did he have that would shed light onto the appropriate strategy for future generations to employ? Perhaps most importantly, how can his descendants be sure that this strength is hereditary, destined to live on through the Jewish people?

It would seem that this is exactly the information which was omitted. Nothing is written explicitly about his childhood or his background. R’Bunim of Peshischa (18th Century Hassidic master) explains that in truth Abraham was endowed with this transformational strength before he was born. In a meta-physical realm, Abraham’s potential was born before he was. What’s more, as R’Gedalya Schorr (20th Century American scholar & author) writes, it wasn’t just Abraham that was born with this innate strength, but every one of his descendants too. It was built into his DNA and into the DNA of the people that were to come from him. What Abraham showed the world was how to turn that potential into the actual and in so doing, he displayed the hidden power latent in every Jew. Had the Torah given a lengthy account of his upbringing, his influences and his childhood challenges, the reader may have erroneously attributed his successes to the external factors that defined his situation. That was him. This is us. That was then. This is now. No. The Torah deliberately avoids describing the back-story because it doesn’t matter. He became great because he chose to be great. He stood strong and firm. He discovered truth and was loyal to that truth.

Before each one of us is born, an image or a vision of what we could be is carved into our subconscious. The Talmud describes the process of a study experienced by the foetus in the womb by using the depiction of a light of clarity that allows the unborn child to perceive clearly the length and breadth of worldly wisdom. At the moment of birth, an angel strikes the infant, leaving that clarity as an echo of a past memory. But if so; if the wisdom accumulated will inevitably be lost, why bother at all? A distant soft voice reminds us that each and every Jew should not ever tell themselves they can’t be great. Abraham was the first person who taught us that through standing strong and committed to your true self, a person can scale the loftiest heights imaginable. Act on your convictions and stand strong for what you believe in and in so doing, you take your rightful place as a child of Abraham.

Whilst sometimes great change must come with great introductions, truly great individuals are great not because of any particular circumstance. Everyone is gifted with circumstance, some better and some worse, but all outside of individual autonomy. There is certainly something attractive about a grand entrance and definitely a lot that is intriguing about the noise surrounding the upcoming elections, but true heroism is not found in volume. It isn’t to be found in vast rallies, heated debates or headlines. Greatness is earned, not given. Greatness is chosen, not inherited. However the knowledge that every person can choose to fulfil that destiny to be great is something that is indeed an inheritance passed down from parent to child starting with the very first “great”; Abraham our forefather. 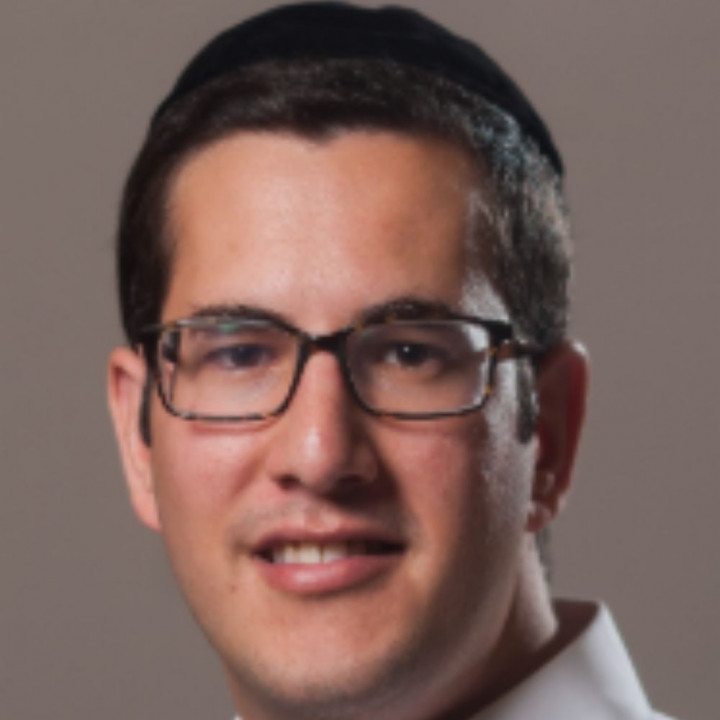 Rabbi Gideon Goldwater Gideon attained a BSc (Hons) in Psychology at the Open University and went on to do an MA in Jewish Education at Middlesex University/LSJS. His interests include philosophy as well as reading up on history, politics and current affairs. In 2016, Gideon and his family moved to Birmingham to run the Aish campus branch, before moving to London to become the Director of Campus programming nationwide. Gideon lives in Hendon with his wife Tamar and their three children.

Why is Rosh Hashanah all about the KING?

“To Mask or Not To Mask? – That is the question”

How Much Toilet Paper

What are Authentic Jewish Values & How do we Know?

The Hidden Secrets of the Hebrew Language

Does Judaism Believe... in Angels?

Why is Rosh Hashanah all about the KING?

“To Mask or Not To Mask? – That is the question”

How Much Toilet Paper

What are Authentic Jewish Values & How do we Know?

The Hidden Secrets of the Hebrew Language

Does Judaism Believe... in Angels?